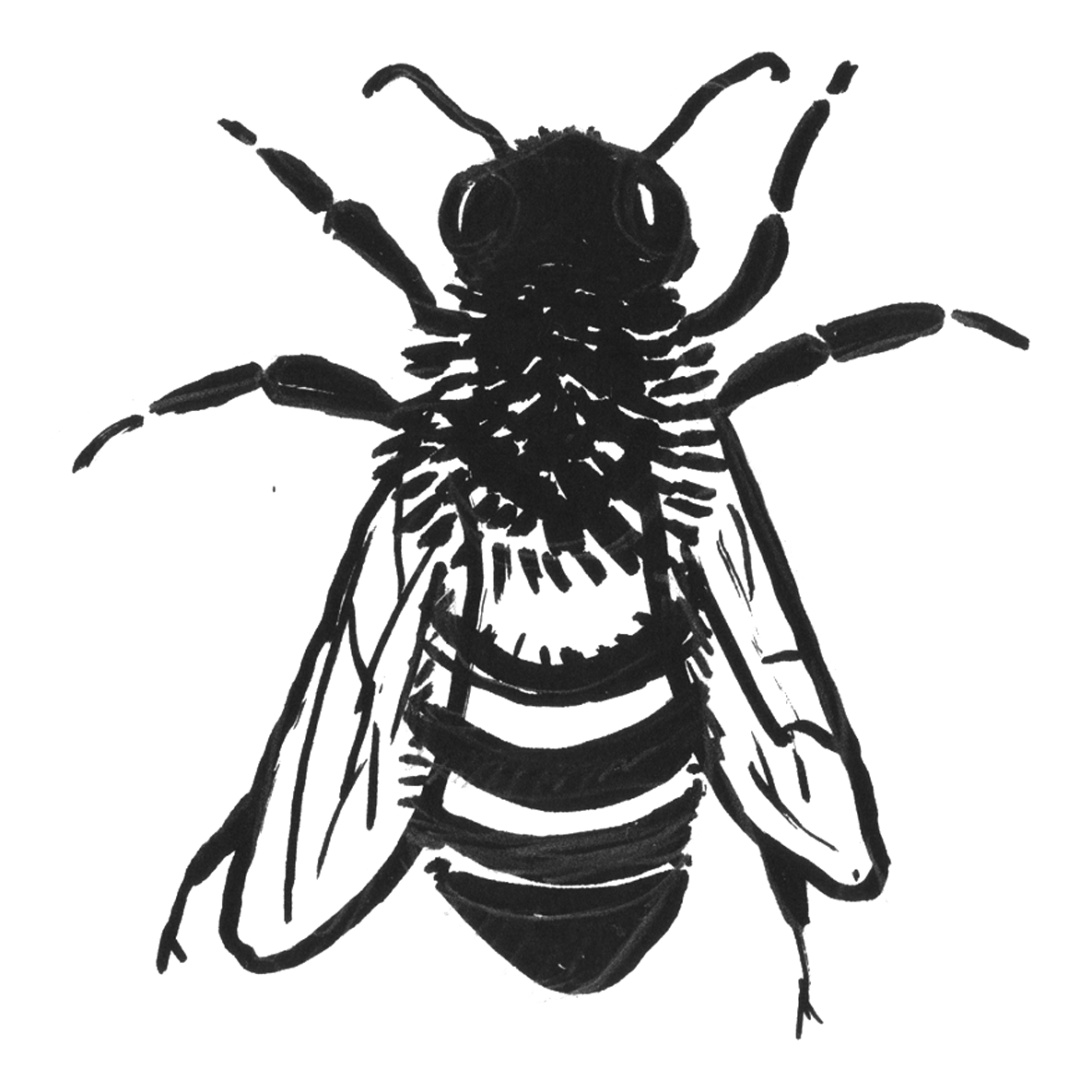 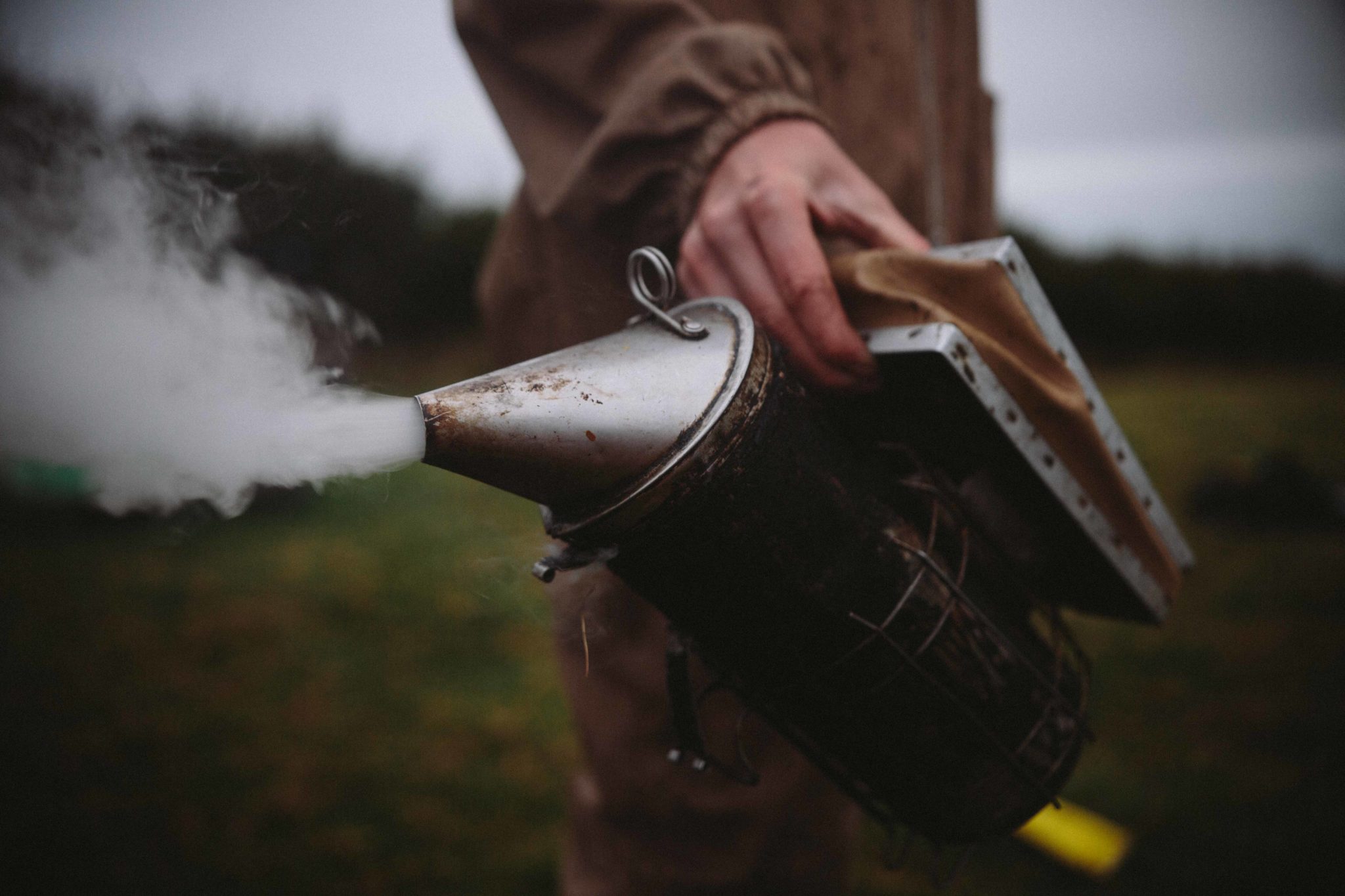 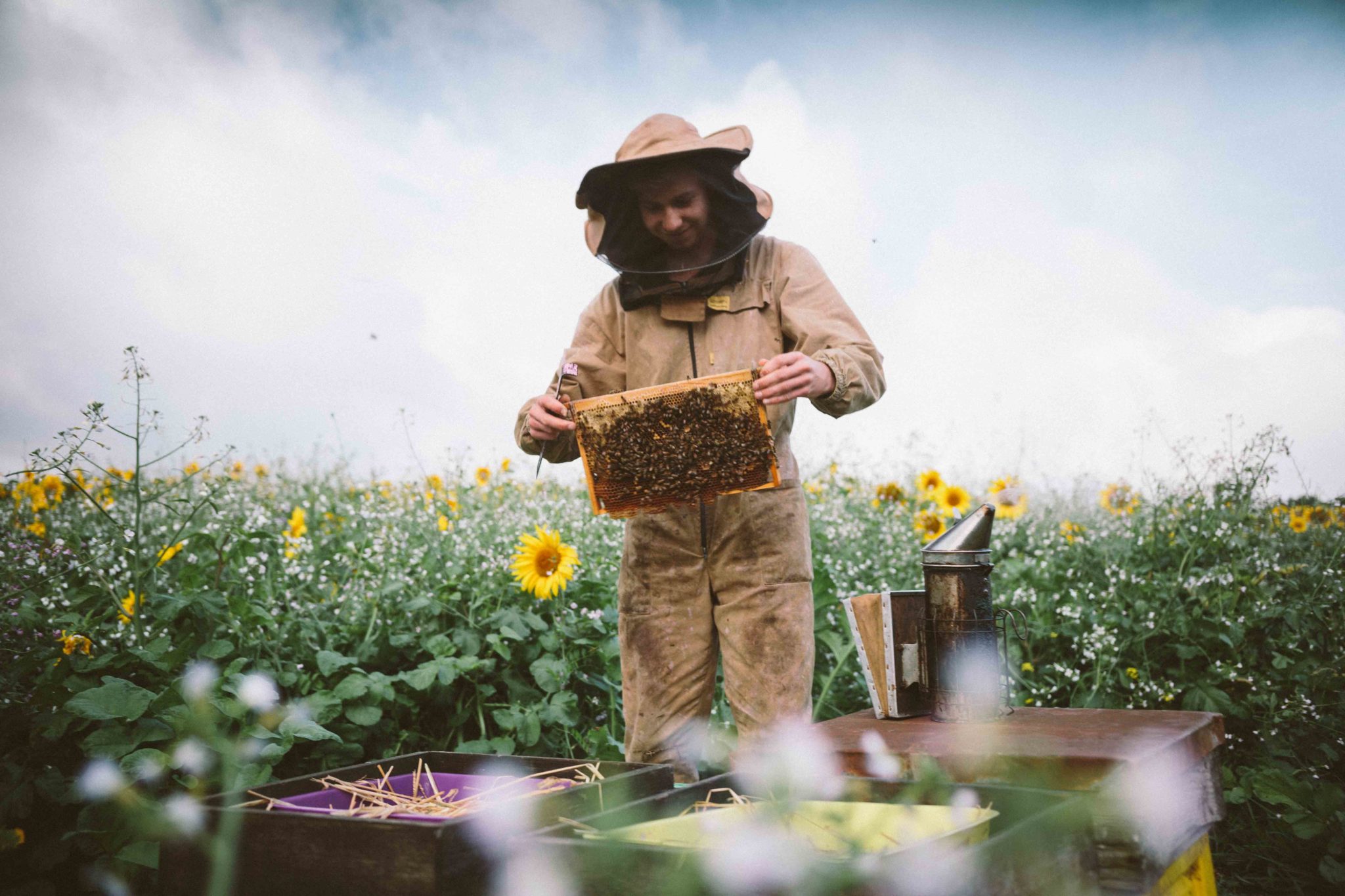 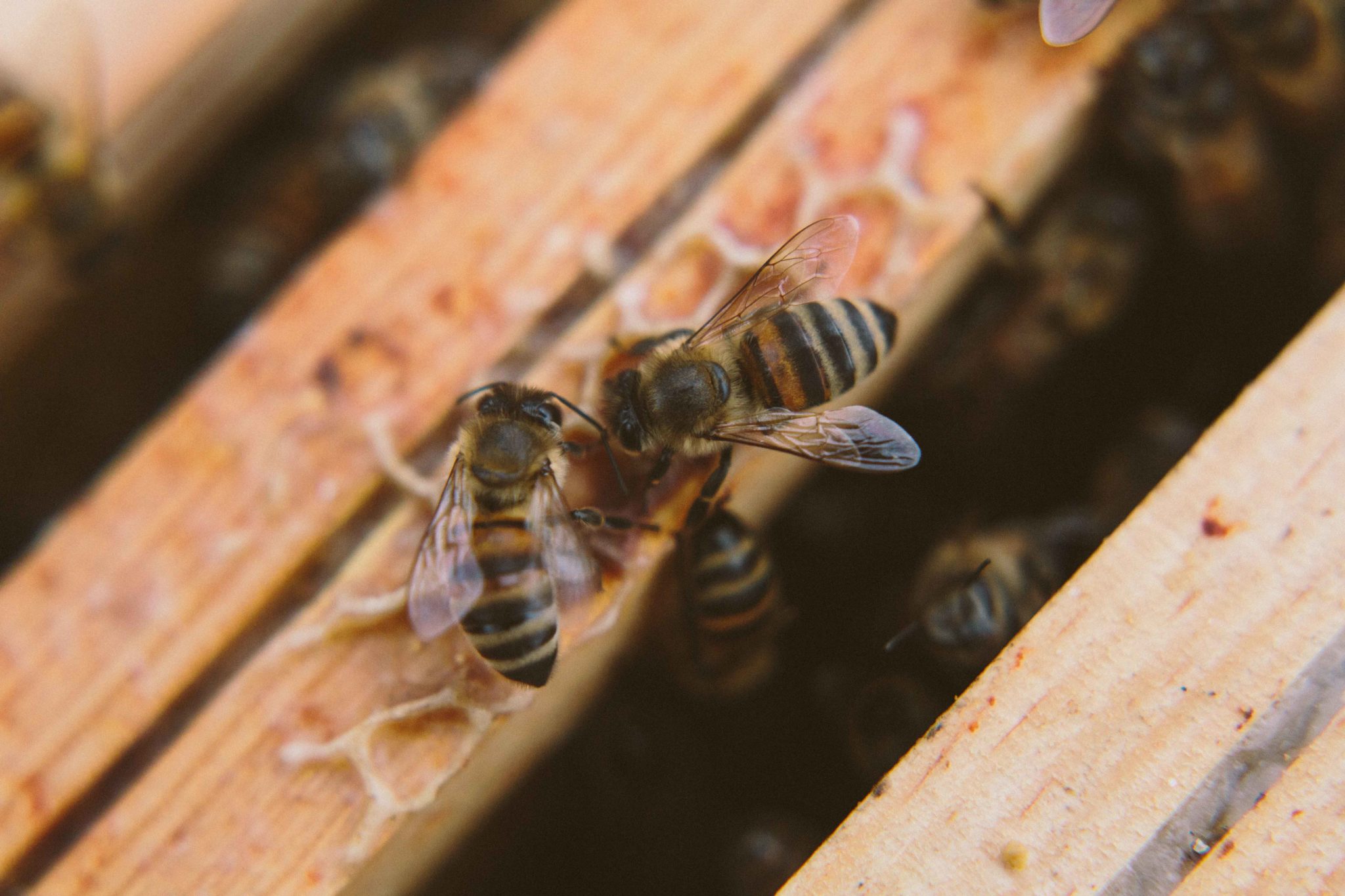 Now one of Britain’s leading honey farms Quince Honey Farm is family run and first established in 1949 by George Wallace with 2 hives of bees, an inexorable work ethic and a wild dream. A fiery Scotsman, George served in the paratroop regiment during WW2 and after the war served in Palestine until 1949. Near the end of his service, George read a book about beekeeping and became obsessed with the craft. He was one of only a few men in the entire British Army to be demobbed into beekeeping. He gained practical beekeeping experience at Yorkshire apiaries where he was told he worked too hard. George moved South to North Devon to live with his father in Quince Cottage. George had two hives of bees and ambitiously called his operation Quince Honey Farm.

When eldest son Paddy was old enough to ride a bike he was sent on the post-round where possible (and as surreptitiously as possible because this was a sackable offence) allowing George more time to tend the bees. Swarms of bees were often found in post boxes and George was always on hand to re-home them and boost his stocks of hives. In 1959 the business moved to South Molton in the old school.

By the early 70s sons, Paddy and Jon were involved in the business and hive numbers rose quickly from 750 to 1500. George had realised his dream of creating the largest honey farm in Britain.

In 1978 the business relocated again to larger premises in South Molton, the old workhouse.

This site allowed the family to pursue a new dream; creating an exhibition of honeybees. George and Kate, Paddy and wife Jean and Jon all worked tirelessly and in the 80’s the exhibition became the most extensive honeybee exhibition in the world. Paddy’s mechanically operated observation hives are renowned and acknowledged by beekeepers across the globe to be the most innovative in the world.

The Paddy and Jean developed new products such as a range of skin care products, honey marmalade, honey mustard, honey chutney and furniture polishes to name a few. These were sold in the shop on the farm in South Molton and also mail order.

In 2004 Paddy and Jean’s son Ian joined the business full time. Ian was always keen on beekeeping, loving the outdoor life of the commercial beekeeper and charmed by his Grandfather’s beekeeping stories. After a few years learning the ways of commercial beekeeping, Ian was keen to build on the family’s hard work and develop the tourist attraction, refine beekeeping techniques and try to increase honey production.

Quince Honey Farm has now relocated to a brand new wonderful site which opened to the public on the 6th of April 2019.